How Did You Feel About Your Mission? 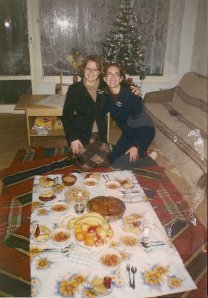 My 20-year-old sister is in the process of deciding whether or not she should serve a full-time mission and sent me an email asking me about my experience.   Of course, prayer and personal reflection are her primary decision-making tools; still, she feels that an important part of her process is gathering as much information as she can about what missions are really like.

Knowing that several of my readers are returned missionaries, I asked for her permission to share her questions on my blog.  She jumped at the chance to get wider feedback.  So here are her questions and my responses.  If you’re an RM, please take a few minutes to respond to the questions as well (if you feel comfortable, you could even include where you served — not necessary though)!  We’re happy to take responses from everyone, regardless of how much you enjoyed your mission (or didn’t!) or whether or not you are still an active Mormon.

Thanks in advance for helping her out.  🙂

END_OF_DOCUMENT_TOKEN_TO_BE_REPLACED

Rules of Engagement Part 2: How to Participate in Charitable Religious Discourse 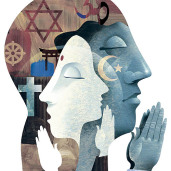 A recent conversation got me thinking it was time to revisit the question of what makes for charitable and effective inter-religious dialogue–especially the proselytizing variety. I first published this post back in October.  Of course, at that time, I only had about 3 readers (and God bless you if you’re still here).  😉  I decided it might be interesting to re-post it again today.  Enjoy!

There’s a lot of bitching about God on the Internet.

And I’m kind of tired of it.

So let’s have a genuine “come to Jesus” moment, shall we?  And talk about how to be effective and kind as you boldly share your version of Truth with the world around you.

And before you get all up in my grill, let me make a couple things clear from the get-go.

First of all, I don’t think that pointing out what you believe to be error in another person’s perspective is uncharitable, nor is standing up for what you believe, testifying, or seeking to convince others of the truth as you understand it.   I don’t even have a problem with sharp rebukes.  It is important, however, that it come from a place of genuine love and respect.

It is VERY EASY to fall into a trap of pride and hostility when it comes to discussing matters of religion with others.  So I think it’s especially important to double check what’s going on in your heart and mind whenever you engage in this kind of discussion.

END_OF_DOCUMENT_TOKEN_TO_BE_REPLACED

Are You a Good Person? Win a Dollar

I went to the Cache County Fair three weeks ago and saw an intriguing booth:

Are You a Good Person? a large banner asked. Win a dollar.

And never one to turn down a dollar–nor back away from a challenge–I marched straight over.

A nervous, pimply teenager grabbed a clipboard and cleared his throat. “Have you ever loved anything more than God?” he asked.

I thought about it for a moment. “Ummm…probably,” I admitted.

“Have you ever worshipped an idol?”

“Well, you probably have,” he said.

“Have you ever taken the Lord’s name in vain?”

“Have you ever broken the Sabbath Day?”

“Have you ever dishonored your father or mother?”

“Have you ever murdered?”

I felt much better here. “No, I have never murdered,” I said proudly.

“But have you ever hated someone?”

“Even for a second?” he grilled me.

“Then you’ve murdered them in your heart.”

“Have you ever committed adultery?”

“But have you ever lusted?”

I kind of smiled. “Absolutely,” I said.

“Then you’ve committed adultery in your heart,” he reminded me.

“Have you ever stolen?”

“Have you ever lied?”

“Have you ever coveted?”

He turned his questionnaire around to reveal the ten commandments–and by my own admission, I was guilty of ten out of ten of ’em.

“Does this look like a good person to you?” he asked.

“Then how do you think God will judge you?”

“Well,” I began slowly, “I think if I were to stand on my own merits, I would be damned.  But if I’ve accepted Jesus Christ as my personal Lord and Savior, and rely on His grace and His merits instead of my own works–well, then, I believe I’m saved.”

He stared at me, dumbfounded.  “And–and HAVE you accepted Jesus Christ as your personal Lord and Savior?”

“I have,” I replied confidently.

“And–are you MORMON?” he asked, his voice barely above a whisper.

“I am,” I replied confidently.

There was a pause while we just stared at each other.

“Betcha you never heard that one before, eh?” I asked.

“Not really,” he replied.

Then he said something I never thought I’d hear an Evangelical say: “I don’t know,” he said. “Maybe.”

But my question remains: Is there hope for us Mormons yet?

Posted in Mormonism, Thoughts on God