Empathy and the Suffering God

My sister posted this video today on Facebook.  It is really interesting — well worth the 10 minutes you’ll spend on it.

One thought.  The narrator here argues that there is no empathy in heaven, for in heaven there is no suffering.  I’m not so sure. See Moses 7, the Beatitudes, or think of Christ’s agony in Gethsemane and on the cross.  I believe that if the scriptures teach anything, it is that our God is a God who suffers.

God is love, the scriptures teach.  And as anyone who has loved can attest, that does not come without sorrow.

I recently studied The Beatitudes in a class I’m taking on the life of Christ.   I think they’re the most beautiful expressions of how to really live that I’ve ever heard — and one in particular struck me this time through:

Blessed are they that mourn, for they shall be comforted.

Jesus always surprises me.  On face value, His teachings never make much sense, for He operates in a world of paradox and parables.  Blessed are they that mourn?  What’s so great about mourning?  Surely Jesus isn’t suggesting some sort of masochistic approach to life, that when we’re hurting, we’re happy…is He?

END_OF_DOCUMENT_TOKEN_TO_BE_REPLACED

In Mormonism, sometimes it’s hard to tell what people are talking about. 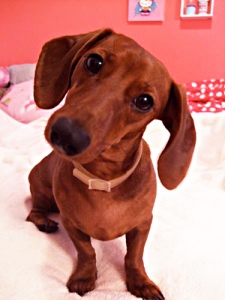 We’re a young religion.  Thus, our vocabulary is young.   We’re just two centuries into this–a mere blink of an eye compared to Christianity as a whole, which has had more than two millenia to hone its message.  Throw in lay teachers and lay leadership at even the highest levels, and the result is a jumbled, imprecise, sometimes incoherent mess of terms and theology that are heavily influenced by culture and folklore. [1]

Here are some “Mormonisms” I’ve come across lately that have had me puzzling.  So I’m going to try my hand at defining them.

END_OF_DOCUMENT_TOKEN_TO_BE_REPLACED 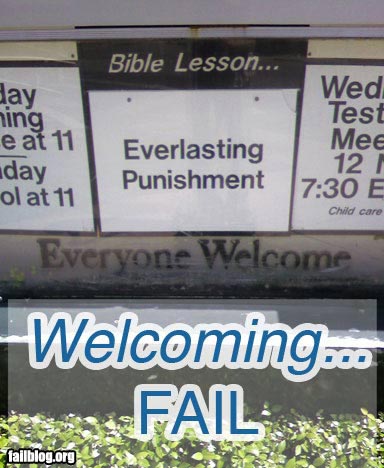 I’m extremely disturbed by a thread over at fMh.  A single 30-year-old woman named “Am” wrote in, agonizing over the fact that she recently experienced an inadvertent orgasm while exercising.  Dear fMh, do I need to see the bishop for this? she asks.

I’m sorry.  But what the hell?

But beyond my initial tongue-in-cheek reaction, I’ve got to say…my heart broke for her.

The idea that a grown woman should wonder if she has to drag herself to the bishop’s office to confess something so personal (not to mention trivial!) in order to gain a sense of “absolution” is nothing short of tragic.  I’m actually sitting here with tears in my eyes because I think it reflects so poorly on our faith community that she feels the need to ask this question at all!

In a later comment, “Am” explains why the question is so important to her:

END_OF_DOCUMENT_TOKEN_TO_BE_REPLACED

Grace: Not Just a Small Town in Idaho

Today was our first Sunday in our Moscow (Idaho) ward. The people were so warm, welcoming, and friendly, I felt right at home almost immediately.

I also felt right at home because of what I would call the standard Mormon over-emphasis on works.

A woman spoke in Sacrament Meeting today. She was beautiful, intelligent–and you could tell deeply committed to the gospel. The topic of her talk?

It was an excellent discourse; well thought out, well spoken. But underneath it all, I saw the old stirrings of perfectionism. I could see myself in her; the person striving desperately to earn salvation, to live up to an impossible standard.

Then in Relief Society, I heard it again: “Satan works to make us women feel so worthless and unworthy,” another sister said. “But it’s so hard. I mean, it’s not like you can just do it once and be saved.”

My heart kind of broke hearing that. I wished I could shout: “But that’s where you’re wrong! You CAN do it once! Once you’ve accepted the Lord Jesus Christ through faith, repentance, baptism, and the laying on of hands, you’ve already done it! You’re ALREADY saved!”

But I kept my mouth shut because I didn’t want to cause on scene on my first Sunday. 🙂  Not only that, this is a very delicate topic, and if I am to say anything, I want to make sure I’m meeting people where they are so I don’t alienate or offend.

But if I could have spoken up, this is what I’d say:

Because we’ve related the concept of salvation so closely with the concept of an eventual perfection, I believe that many of us Mormons, when asked if we’ve been saved, would say, “No, but I’m working on it.” What I believe we don’t recognize is that we CAN be perfected IN CHRIST NOW–today–just as we are–and, in fact, if we have partaken of the grace of Christ through the covenants and ordinances of the gospel, and have a broken heart and a contrite spirit, we are considered clean and whole and pure and SAVED–perfected–this moment, as we speak.

Does this mean we are perfect in the “objective” sense of the word? Of course not. But it means that because of the relationship we have with our Savior and advocate, we are clean before God–something we could NEVER do on our own, regardless of how well we behave.

The faster we can shift our focus away from what we have to “do” in order to become more like Christ, and start focusing just on Christ and the miracle of His atonement, the faster we’ll find we’re meeting all the “goals” we’ve set for ourselves spiritually. And we’ll acknowledge, in that moment, that it’s not us doing it–but Him changing us; His image being reflected in our countenance, as the scripture says.

And that’s a powerful place to be.

Why I'm an Evangelical Mormon*

Five years ago, in Pernik, Bulgaria, I sat in our cluttered living room, my head in my hands. It had been a particularly discouraging day. My mind was heavy with confusion and doubts.

“I don’t know if I have ever felt forgiveness from Jesus,” I told my companion. “I don’t think I know what the atonement even means.”

It started a few weeks before my mission began. A desperate struggle, battling guilt and despair over all the sins I had ever committed. I’d always considered myself a good person, righteous, worthy, etc. But now, in the heightened state of spiritual strain only a full-time mission can bring, as I ran the last few years back through my mind over and over again, I realized I had not exactly been a model Mormon.

The ones that hurt worst were the ones I’d done deliberately, almost with glee, sure that God had better things to do than worry about my minor indiscretions. And they were mostly minor. Watching R-rated movies, for example, or kissing boys I barely knew just for the helluvit. Oh yeah. And cursing.

It ate away at me. I plead with God constantly for an experience like Alma the Younger or Enos, who had sweet and undeniable assurances of their worthiness before God. But every time, disparaging thoughts came haunting back…They were different–they weren’t believers–you should have known–Jesus shouldn’t have to bear your load–how dare you even ask?

It lasted all through my mission. It’s probably why I had so few baptisms. I worked so hard my feet developed blisters and my body ached every night, but I taught without testimony. How could I preach the Savior when I hardly knew Him myself?

After I came home, it didn’t get better. If anything, it got worse. Persistent fear. Guilt over every mistake. I was angry at how much more difficult it was to be righteous at home than it had been in the mission field, and I began to resent my mission experience for creating an expectation for a standard I would never be able to achieve again.

Then marriage. And motherhood. Every mounting responsibility brought the looming specter of potential failure. It paralyzed me.

Around this time, Lanny began dialogging with evangelical Christians online. I watched their discussions from a careful distance. They spoke of a concept I had never understood–in fact, a concept I had Bible bashed on my mission–the concept of salvation by grace, not works. It seemed too good to be true. But considering my misery, I gave it a closer look. I spent hours reading books and talks and articles and blogs. I attended lectures by visiting Christian theologians. I felt the tug of mercy.

I began to learn that repentance isn’t a checklist, but a realization of your total dependence on Christ. That you can never be “good enough,” no matter how hard you try, and so you ask God to cleanse you–and He does. That good works can never save you, no matter how good or how plentiful they are. That you serve God because you love Him, because He created you and saved you, not because you’re trying to work your way to heaven.

It was a revolutionary paradigm shift for me. I lightened up. I found joy in living again.

It still disturbs me that I had to learn this from sources outside the Church. In fact, when I compared my newfound understanding with everything I’d learned about salvation from my Mormon upbringing, I almost left the Church entirely. The works-centric vocabulary…the constant injunctions to “be worthy”…and that incomprehensible scripture in 2 Nephi that still gives me heartburn: “After all we can do…”

In the end, I stayed because the Book of Mormon is, at its core, a Christ-centered volume. I stayed because, for all my doubts and confusion, I’ve had spiritual experiences I can’t deny. And I stayed because I hope my sweet grandma is waiting for me on the other side…and I’d sure like to be with her forever.

What’s more, I feel the winds of change in the Church. I know I’m not the only one to have suffered needlessly from an incorrect understanding of the doctrine of grace. I see it preached more openly and freely now than even 5 years ago. Perhaps it’s because now I have ears to hear. Whatever the case, I hope that in some small way I might be able to contribute to a Christ-centered revolution within Mormonism, where He takes His proper place at the core of absolutely everything we do in the Church.

*Please note that when I say “Evangelical Mormon,” I mean I subscribe to a religious philosophy that declares that salvation is through the grace of Christ, not works, and advocate that position within Mormonism. I do NOT support much–if anything–of what the Evangelical movement stands for politically.