Interview at Depressed (but not unhappy): My Experience with OCD 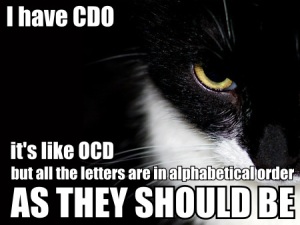 My good friend Laura has a wonderful blog called Depressed but Not Unhappy where she discusses depression and mental health issues within an LDS context.  I recently did an interview with her about my own experiences as an OCD sufferer, and thought I would pass the links along to my readers.

(If you are struggling with OCD, please see my books recommendations page for 5 books that helped transform my life and made a dramatic impact on my ability to successfully manage my OCD.  If you need someone to talk to, you are welcome to private message me on Facebook or email me at katie_in_logan [at] yahoo [dot] com).

A doubter by nature, a believer by grace.
View all posts by Katie L »